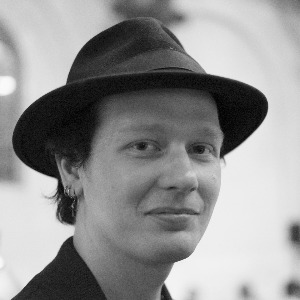 ARTICLE 19 reacts to the arrest of Ola Bini, a prominent Swedish software developer and open source advocate, in Quito on 11 April 2019.

On 11 April 2019, Ola Bini, a prominent Swedish software developer and open source advocate, was arrested at the Quito airport, prior to travelling to Japan. Bini has been legally living and working in Ecuador since 2013.

In the official statement on 13 April, the General Prosecutor of Ecuador stated that Bini was charged for “alleged participation in the crime of assault on the integrity of computer systems” and attempts to destabilise the country. On the day of the arrest, Ecuadorian Government officials announced they were about to take measures against four individuals describing them as, “two Russian hackers, a WikiLeaks collaborator and a person close to Julian Assange,” claiming that these people were allegedly trying to “establish an international piracy centre” in Ecuador.

As an evidence, the General Prosecutor presented a number of digital devices, such as laptops, iPads, iPods, USB cables, and encrypted USB data storage devices, literature as well as travel patterns and payments for Internet services.

ARTICLE 19 is concerned that the arrest and illegal detention of Ola Bini is part of a crackdown against the community of developers who build digital security technology tools which enable Internet freedoms and secure communication online.

Bini is a highly respected expert in digital security and cryptography and is recognized for major contributions in the field. He is a member of various European and international networks, and participates in high-level projects several of which are sponsored by the European Commission.

We note that digital security technologies, including encryption technologies, are important tools to ensure Internet freedom: they provide vital protections for media workers and whistleblowers and have been recognised by, for example the 2016 Human Rights Council Resolution 33/2 on the Safety of Journalists as a means of securing journalists’ communications and the confidentiality of sources.

Given the importance of digital tools for Internet freedoms individuals developing digital security tools – such as Ola Bini – should not be criminalised. We therefore call on the Government of Ecuador to immediately and unconditionally release Ola Bini and to drop all charges against him.

We also urge the Government of Sweden, a champion of the Internet freedoms and protection of freedom of expression online, and the EU External Affairs services to support the efforts for Bini’s release and protect him against retaliation.